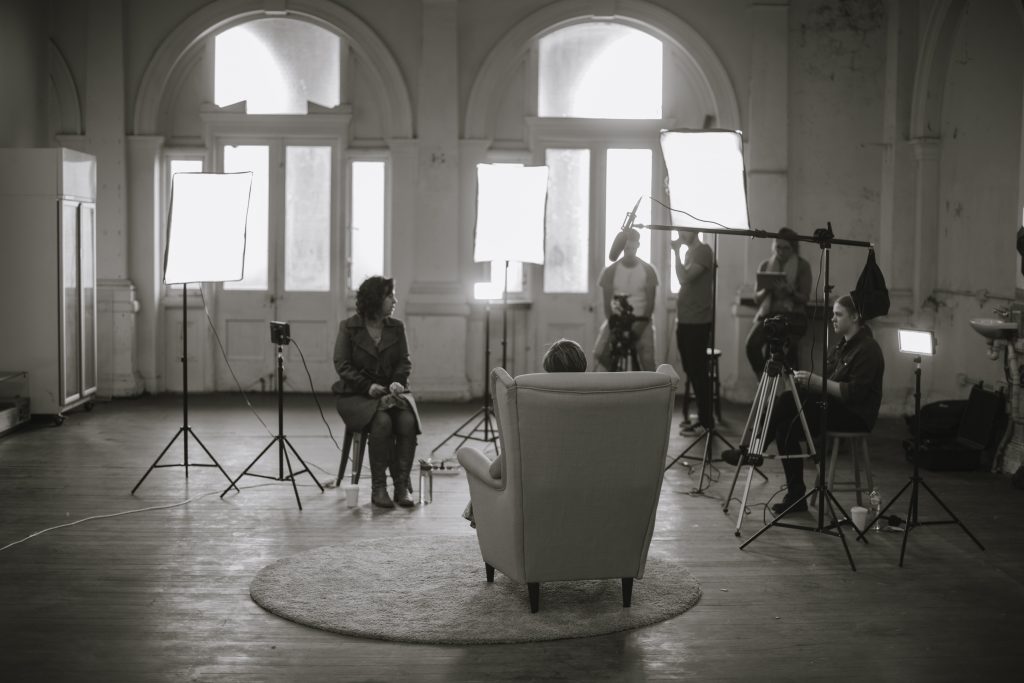 Video Production in Australia has come a long way over the last couple of decades. Technology has played a critical role in the evolution of the video production industry. There was a time where if we wanted to watch video content, the TV or the movies were the only place we were able to do so, and the internet was mostly static content. Since then, how videos are made and where they are viewed has changed, as technology and our communication patterns as humans have evolved.

Changes in Technology
Not so long ago, the cost of purchasing a video camera able to shoot to the required standards was significantly higher than today. Only large companies with advertising budget therefore used TV advertising. Leaving smaller companies with smaller budget behind. As cameras have become better, processes have become more smooth and therefore video production has become in reach of a larger market. Similarly with animation, the evolution of digital technology has lowered the barrier to entry on the production side, allowing it to be more accessible to the entire market.

The evolution of the internet, and it’s continued further use, has provided the platform for more and more video content to be viewed. Recent reports suggest that over 85% of internet usage in Australia is watching video content. The invention of YouTube in 2005 has allowed for billions of videos to be uploaded, shared and viewed by the world. This platform for businesses to host their own video content, and for video production companies to offer a space for it to be hosted, has been a game-changer.

Video consumption, and how we choose to watch and interact with it, is changing again. YouTube has reported that video viewership on mobile devices is growing by 100% each year, and doesn’t look like slowing down any time soon. With over 50% of internet users doing so on mobile devices, it is critical that any video content developed is done so with the platform and device in mind.

We’re all on Social Media
Social media has changed the way we interact as human beings on a individual basis, and companies are using it as a conduit for communication with their stakeholders. Having a website is no longer sufficient – Twitter, LinkedIn, Facebook, Instagram – these are all resources by which companies can advertise themselves and communicate with their customers. Additionally, it gives them further platforms upon which they can deploy their video campaigns, giving them further and more intimate reach with their customer base than previously. A survey conducted in 2015 found more companies planned to run advertising campaigns through Facebook than YouTube – the playing field has shifted again.

What Does the Future of Video Hold?
Much as the way the industry has evolved to this point, so too could it evolve in the future; from how video content is made, to how it is used. As mentioned above, businesses have clued into the power of social media, and are now starting to look at new ways to leverage it. Limited time content, such as through Snapchat and Instagram stories, have been identified as effective ways to communicate from business to customer. Likewise, LinkedIn native video, and the newly launched Instagram TV, is likely to gain further traction moving forwards. These predicted trends correlate directly to humans continued use of mobile phones. And impact filmmakers with the added challenge of vertical video frames.

The technology used in the creation of videos will not be standing still either. The standard expected resolution at the moment is full HD, however both new cameras and TVs are starting to have 4k capacities. YouTube now has the capacity to allow users to upload content filmed in 4k. Drones have opened up the capacity to shoot aerial footage at an affordable cost, where previously only hiring a helicopter (and skilled cameraman) was the option. A few things that we expect to see more of over the next few years include:

Where to From Here?
Video production and animation in Australia is constantly evolving, and is closely tied to our society and how we interact with content. Both how videos are made, and how they are watched, has changed so much over the past two decades, who knows where it’ll be in 5, 10 and 20 years time. Maybe those Sci-Fi movies aren’t too far from the mark.