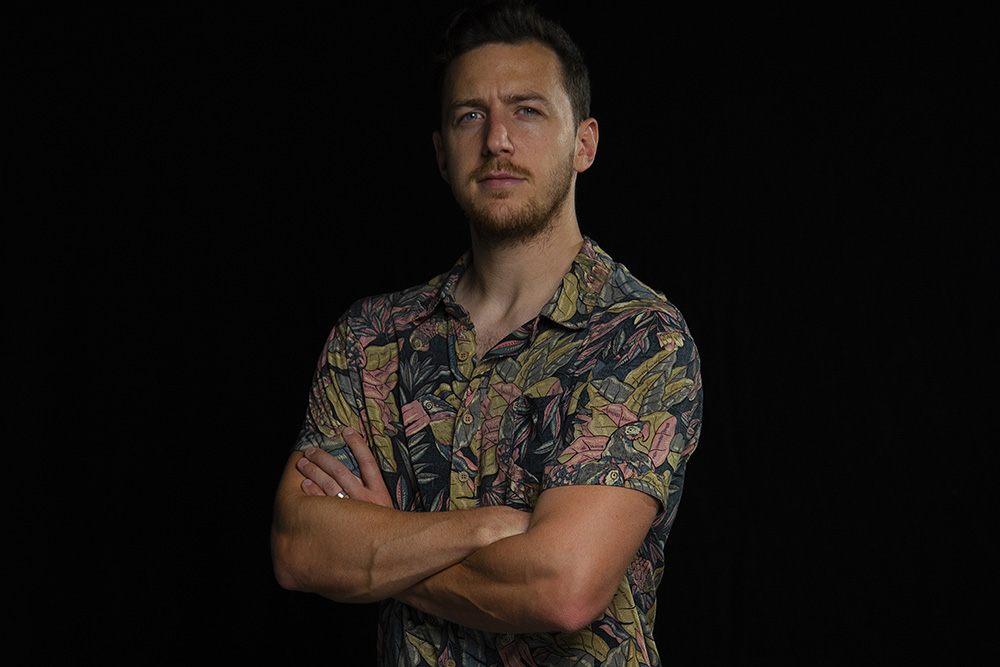 Chris chats to the Creative Team

As one of the newest member of the Studio Orange team I have tasked myself with getting to know my new coworkers.
I want to give an inside look into what I found out about the creative team and how they came to work at Studio Orange.

Today I talked to Ben our Senior Video Producer and resident comedian.

You always seem busy doing something different, what is a typical day for a Video Producer? 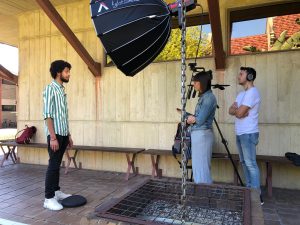 In my role no two days are the same. Generally speaking I’d be doing one or all of the following; Filming, editing or storyboarding. The best part of my job is the diversity of this and managing each project uniquely.

What was your journey to working in video?

I bought my first video camera back in the year 2000. I can’t remember the make or model but what I do know is that it was a 3MP camera. I was part of a skateboarding team and it was the golden years of Jackass. My friends and I used to binge watch every episode and as young fearless kids we’d obviously try to replicate it to some extent. I loved filming everything and anything, going home and editing it all together to make what I thought was a masterpiece (all thanks to Windows Movie Maker).

As the years went on, my passion for films evolved. I wrote and shot short films in my spare time just for fun. Then I went to Art college, got a degree in graphic design and later realised that graphic design wasn’t for me. So I went back to my passion for video and tried to get as much experience as I could to get my foot in the door. Working for free and interning to eventually getting a paid gig. Continually learning and evolving my own skills.

I always liked the idea of having the opportunity to create something from nothing and video production was that path. It’s something that’s been part of me and always will.

What do you enjoy most about the working environment at Studio Orange?

Having originally come from bigger organisations such as the BBC & Channel 7. Studio Orange was a new direction and challenge for me. As a small business, nothing goes a miss and you’re aware of everything that comes in and goes out. It’s great being part of such a close knit team that all have their own unique personalities and styles that bond so well together as one. Everyone is entitled to their own opinion and we’re always open for everyone to express them. 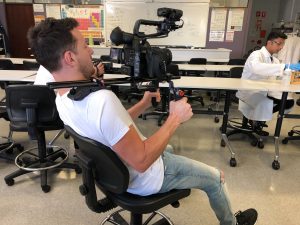 It can be a difficult indsutry to break into, do you have any advice for someone interested in working with Studio Orange?

Be yourself. This industry can be full of pretentious w@nkers and that’s not who we are!

I’d also say don’t take everything to heart. We make mistakes and we move on. We identify those mistakes, correct them and learn from them.

Croupier (1998) starring Clive Owen. A British neo-noir film that takes you through the journey of a writer come croupier.

Surely being from England you have travelled a fair bit, but where would travel to if you had the chance?

I’ve always wanted to go to Japan. I love the culture, the food and I also love anime. I plan on going for at least a month to travel the country visiting all the iconic cities and experiencing the rich history. Someone teach me Japanese please! Arigatō!

Ben brings laughter and fun to the office, but is also a brilliant video producer. I was fortunate enough to accompany him to a shoot and saw firsthand the level of detail and creativity he brings to each project. See some of his latest work here

Keep an eye out on our social channels for behind the scenes shots of our upcoming projects.